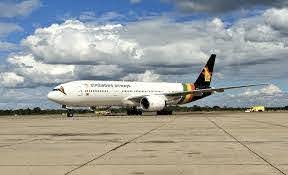 ZIMBABWEAN taxpayers continue to be burdened by debt from parastatals which are riddled with mismanagement and corruption, with the latest being the assumption of Air Zimbabwe’s huge debt, as government rewards inefficiencies.

AirZim’s debt comprises two components: ZW$349 million (local) and US$30 million (foreign).
This week, the government passed the Air Zimbabwe Debt Assumption Bill, which will see the taxpayer shouldering the burden of servicing the debt.

The government says the debt assumption is meant to facilitate a turnaround of the airline, whose fortunes have dipped due to mismanagement and grand corruption.

“The Bill is required to allow for the clearance of the airline’s domestic and external debt, followed by the appointment of a new board and new management to run the airline, thus permitting its exit from the reconstruction order.”

The Bill will provide a framework for debt assumption processes and procedures, validation and reconciliation of the liabilities, debt assumption modalities, terms and conditions of the debt settlement plan, and the recovery plan for the debt paid by the government on behalf of the airline.

The government’s delay in moving ahead with the debt assumption plan had eroded the airline’s chances of courting new partners after the company was placed on debt reconstruction in 2018, according to officials.

The debt has spooked potential investors who have expressed interest in pouring millions of dollars into the airline.

“No investor would come to Air Zimbabwe as long as Air Zimbabwe is saddled with a US$380 million debt. All the investors, if they are to come in, they would want at least a clean company. They would want to work with something where whatever fresh capital injected will be directed towards the business growth instead of paying off debts,” an AirZim official was quoted as saying.

Biti said the Bill had not been scrutinised by Parliament’s Public Accounts Committee, adding that citizens should reject the Bill through litigation.

“It is wrong to take over debt of badly and fraudulently run parastatals. These parastatals have become feeding troughs for the boys and Zanu PF,” Biti told The NewsHawks.

“To reward inefficiencies is not only wrong but also unconstitutional.”

“The debt should be referred to Parliament. Parliament should go through every line of the debt. It is wrong and unconstitutional for the public to finance their (Zanu PF) lifestyles and small houses,” Biti said.

“Citizens should refuse to carry the Bill of fraud and lavish lifestyles.”

While the Bill will help in fulfilling AirZim’s Debt Construction plan, continuing to offload the debts of non-performing parastatals on to taxpayers is not only detrimental to the country but also breeds a culture of rewarding corruption, mismanagement and inefficiencies. AirZim has over the years grappled with gross mismanagement and outright sabotage by the government as the late former President Robert Mugabe sought to replace the airline with ZimAirways.

In 2018, the Zimbabwe Anti-Corruption Commission (Zacc) probed Mugabe’s son-in-law Simba Chikore over the US$70 million aircraft scandal, a scheme that was allegedly used to siphon millions of dollars out of the country under the guise of building a new airline.

At the time when Zacc instituted a probe into the ZimAirways transaction to establish how the murky airline controversially purchased two Boeing 777 long-haul jets for US$18.5 million and US$16.5 million, totalling US$35 million.

It also planned to buy two Embraer aircraft for US$6 million using Treasury Bills. This brought the total of the revised deal to US$41 million.

Before revising the deal, the government had initially planned to spend US$16.5 million each, while the other two would be bought for US$18.5 million apiece, bringing the total to US$70 million.

Initially, ZimAirways was touted as a private company, although Chikore, who was AirZim’s chief operations officer, played a critical role in its creation.

Despite several probes, the ZimAirways saga has not been brought to finality.

Apart from the ZimAirways saga, the airline has been riddled with mismanagement.

The company inherited 18 aircraft at Independence in 1980, but is left with only two planes. — STAFF WRITER
Related Topics:
Up Next