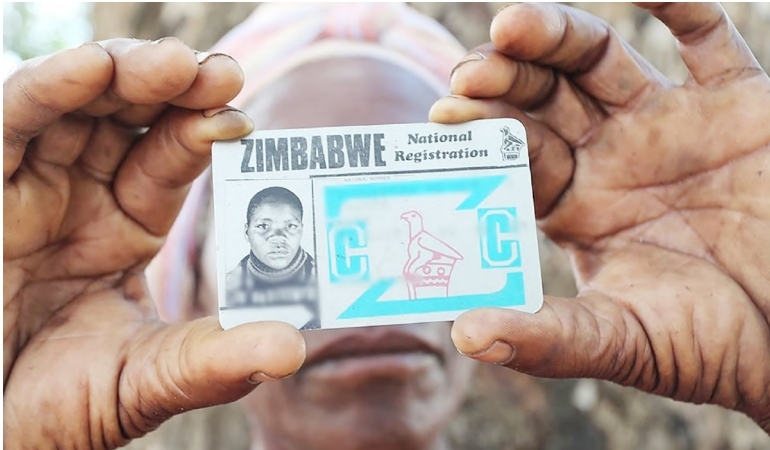 LIKE stray animals, they wander through life without a sense of belonging.

This is the story of undocumented Zimbabweans whose existence is not recognised even after decades living in the southern African country.

Outside Boka tobacco sorting house in Hopley, Harare, a dozen women and men sit on anything they can find as they impatiently wait for the foreman to give them a day’s work.

To be considered as casual labour, one needs to have an identity document.

It is tobacco marketing season, and it has come as a relief for job seekers in Hopley, a low-income settlement. The area comprises families of migrants, many of whom remain undocumented, 42 years after Independence.

But Esther Manyinyo (45) is using her cousin’s ID to find work. Their resemblance often confuses the foreman, so she lives to fight another day.

Her existence in Zimbabwe is unknown to the authorities, as far as official records are concerned.

Manyinyo is a second-generation stateless Zimbabwean in her family after her father moved to Southern Rhodesia in 1966 to find work.

Her father, who came from Zambia, then Northern Rhodesia, to work on a farm in Rutenga, failed to secure Zimbabwean citizenship after the country attained Independence in 1980.

“My cousin and I look alike, so the foreman does not see the difference. But I know that one day he will find out,” she chuckles.

“I have never been formally employed in this country because I do not have an ID. It is a tough life, which I do not want to leave my children, who are already looking to start their own families,” Manyinyo, a mother of four teenagers, said.

Her children have found the going tough in schools as they are barred from taking their examinations without IDs.

“Besides finding work, I fear that my children will never lead a normal life without documentation. My eldest son is 18 but has failed to write his examinations,” she said.

To worsen an already complicated life, Manyinyo’s husband left her four years ago after several years of marriage.

Her husband left her because she is undocumented.

“I am now old, with five children. I have tried several times to get a birth certificate, with no success. My marriage is broken because of failure to get particulars. He said he could not live with a woman without an ID. This has affected my children, they too do not have any documents,” she said.

As she recounts her heartrending story, her friend Marceline Mwendi (38) listens carefully.

They share the same story. Mwendi’s husband also left three years ago , leaving her to shoulder the burden of taking care of two children, who also do not have identification.

“My husband left me because I do not have any particulars. My sister also got married and bore four children, but the husband chased her away because she has no ID. Living without any form of identification is tough, I cannot get a job. I survive on doing laundry, but we get exploited because there is no choice. There are always jobs, but they take people with ID cards,” laments Mwendi.

Many families in Hopley are leading a stateless existence. They can neither vote nor participate in national processes.

According to the United Nations High Commissioner for Refugees, about 300 000 people are currently at risk of statelessness, while the exact number is unknown due to lack of official data.

According to report by Amnesty International titled Like Stray Animals, the statelessness crisis has its roots in colonial history. The British colonial government largely depended on cheap migrant labour from Malawi, Mozambique and Zambia to grow its industries.

“In this way, the legal limbo of statelessness is perpetuated across generations. Parents are denied birth certificates for their children if they cannot present their own, leaving their children facing precarious futures,” Amnesty International says.

Descendants of foreign nationalities who moved to Rhodesia to provide cheap migrant labour have for decades struggled with statelessness, with their situation worsened by discriminatory laws which are victimising the descendants of migrant workers.

According to Amnesty International, draconian laws like the 1984 Citizenship of Zimbabwe Act, deprive persons of foreign origin their citizenship rights.

Although section 43 of the constitution of Zimbabwe states that any resident who was born in Zimbabwe to parents with a claim to citizenship of any Southern African Development Community state — including Malawi, Mozambique, Zambia, and South Africa — is a Zimbabwean citizen by birth, the piece of legislation is yet to be aligned to the 2013 constitution.

Clever Musareka (53) is among the hundreds in Hopley leading a stateless existence.

Having moved to Hopley from Caledonia Farm after the 2005 Operation Murambatsvina house-demolition tsunami which threw thousands into homelessness, Musareka got a piece of land where he built a small house.

He has been staying here with his family. But his existence is unknown to the authorities.

Musareka owns a cellphone but uses a sim card registered in a neighbour’s name because of a lack of identification.

Before he began staying in Caledonia, Musareka lived in Chipinge where his father, a Mozambican migrant, married a Zimbabwean.

After he left Chipinge in 2000, he has no trace of his relatives, most of whom returned to Mozambique or are now deceased.

“I have no one to help me get identification. I consider myself a Zimbabwean because I was born here,  but I just cannot get an ID,” he lamented.

Countless trips to the Births and Deaths Registry office in Harare and others to satellite towns have been futile in his quest to get citizenship.

“At one point I was told to pay US$300 to process my papers, but I was then warned that the agent could be fake,” Musareka said.

Desperate for identification documents, some of the stateless Zimbabweans fall prey to fake documents peddled by unscrupulous agents in Harare. Others have been offered stolen IDs and passports.

Amnesty International argues that citizenship is a human right.

“Amnesty International is calling on the Zimbabwean government to urgently take adequate measures to ensure the registration and restoration of Zimbabwean nationality to all those entitled to it, as provided for under the constitution, including all those born

and raised in Zimbabwe to foreign parents,” the human rights organisation says.

Related Topics:CitizenshipStatelessZimbabwe immigration laws
Up Next