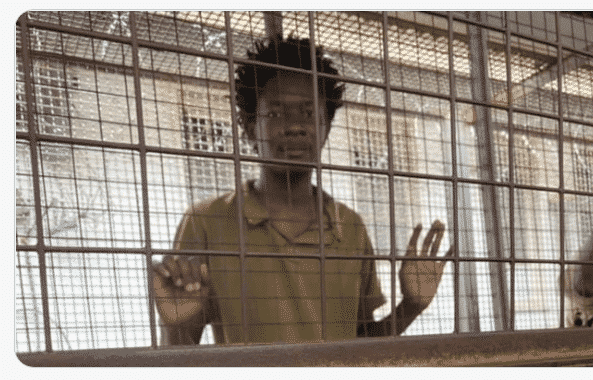 WHEN 23-year-old student activist Allan Moyo visited his friends who were detained at a police station in Harare in early December, he had no idea he was giving up his freedom.

“I was shocked that I had been on the wanted list,” Moyo told The NewsHawks in an interview this week.

His pre-trial detention at Harare Central Prison would stretch more that 70 days.

“I received a distress call one afternoon from my friends who had been arrested at Braeside Police Station. I then gathered a few resources and organised food for them. Upon getting to the police station, I was told that I had been arrested. Apparently, I had been on the wanted list for six months.”

During his last bid for liberty in court, the presiding magistrate denied him bail, claiming he was of no fixed abode.

While in prison, Moyo came face-to-face with the deplorable state of the country’s correctional facilities, he says.

Sharing a cell with 80 inmates, some with serious mental health conditions, Moyo longed for his warm bed and the company of his loving family.

His hair unkept and clad in dirty prison garb, Moyo thought he would spend only a month behind bars, but days turned into months as the state denied him bail.

“It is not a romantic affair staying in the prison cells. We had cellmates who contracted Covid-19 and it was scary for some of us.

There were 80 people in a cell and, because we were packed, no social distancing was observed. It was terrible,” Moyo said.

Attempts by his family to provide sanitiser and detergent were futile as prison guards shot down several requests.

“My family bought sanitiser and detergent, but they were not allowed inside. It was by no means a pleasant affair at all,” he lamented.

“Living with mental patients is difficult, it was torturous to the body to stay in that prison for that long.”

“Initially I thought I was going to stay one month but it turned into months. I really got to understand the state of our judicial system as captured and incompetent,” he said.

Outside prison, his fellow students and other activists ran a passionate campaign under the hashtag #FreeAllan.

Civil society organisations and foreign embassies also joined in the campaign, demanding the release of the young activist.

“The solidarity of other comrades and the love of my family kept me going,” Moyo said.
His father, Jephias Moyo, who spoke to The NewsHawks recently while his son was incarcerated, recounted his pain upon seeing Allan behind bars.

He expressed worry over his son’s safety in prison. Moyo feared Allan would contract Covid-19.
Speaking after Allan’s release, he said: “I am now very much relieved.”

“The reason why the youth are rising against dictatorship in this country is self-preservation and conservation. We all envisage a better future for the young and the old. We do not want to become a footnote in history,” Allan said.

“The future of Zimbabwe has nothing for the youth under the present administration. I have met difficulties, but I am not broken. I am sure some have experienced worse. I am going to continue; I am even strengthened.”

“What drives me is each time I see the people of Zimbabwe, I see hunger and desperation. That is what drove me into making that speech,” Allan said.

Allan, a student leader from the University of Zimbabwe (UZ), allegedly addressed commuters at a bus rank in Harare last year, calling for a violent revolt against President Emmerson Mnangagwa, the state alleges.

Alan’s story is one among endless tales of the state’s unrelenting repressive bid to silence dissent.
Young activists have often received the full wrath of the state brutality as Mnangagwa’s government goes for broke.

Since Mnangagwa’s ascendancy to power in a military coup in 2017, Zimbabwe has witnessed sweeping arrests of political and civil society activists, opposition leaders like Job Sikhala, Joana Mamombe, Cecilia Chimbiri, Netsai Marova and Fadzayi Mahere and journalists like Hopewell Chin’ono, who has been jailed three times in six months.

With this happening in the full glare of local and international media, while other violations have happened under the cover of internet shutdowns and Covid-19 lockdowns, Mnangagwa’s government seems unfazed in its bid to silence critics and consolidate power.

As the crackdown on dissent continues, activists like Moyo live on the edge, fearing arrest for any misdemeanours, however defined.

He says: “I am motivated by what I see, all the corruption, poverty, misgovernance and bad leadership. I will soldier on.”

Related Topics:Allan Moyo
Up Next