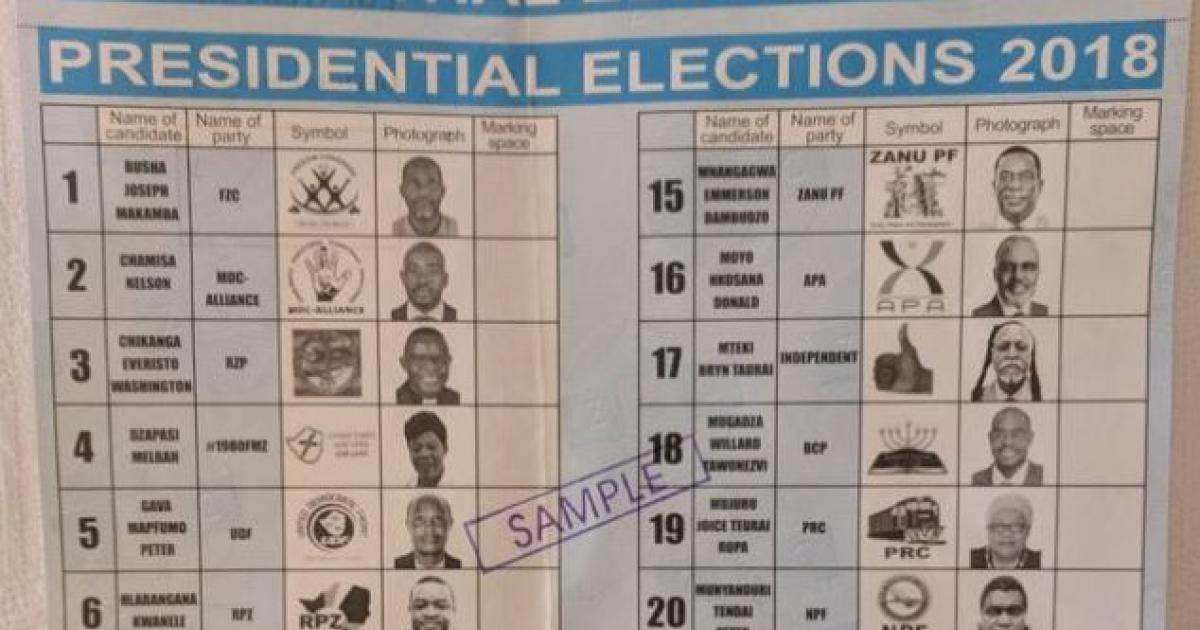 THE recently held violent and disputed elections in Uganda were yet another reminder of how authoritarian regimes on the continent, including Zimbabwe, have leveraged the power of incumbency and instruments of coercion to rob a new generation of leaders of a fair crack at acquiring power through elections.

NYASHA CHINGONO
As British scholar of democracy at the University of Birmingham and founding editor of the Oxford Encyclopaedia Professor Nic Cheeseman recently said after the Ugandan polls, opposition parties in authoritarian states like Zimbabwe, Cameroon and Togo, for instance, have to contend with arrests, jails and violence instead of only fighting elections.

But well after the election, Wine remains under house arrest with his wife Barbara for daring to challenge the Ugandan strongman. The poll, marred by a violent clampdown on the opposition by the country’s armed forces, with 54 people killed since the two frontrunners filed their nomination papers in November last year, has been described as a tragic farce by analysts.

Following the Ugandan election, several parallels could be drawn between how elections are run in Zimbabwe and Uganda. Cheeseman said elections in countries like Uganda and Zimbabwe are fraught with violence and physical danger, hence complex and complicated.

“As I sat down to write this month’s column opposition leader Bobi Wine was casting his ballot in the Ugandan presidential election. Confident of victory given the wave of fervent support for him both online and at rallies, some of his advisors began to discuss the best ways to safeguard the vote. They also talked about how to keep him alive and well in the event of a mass uprising against any attempt to rig the election for the incumbent, President Yoweri Museveni, and the inevitable violent government crackdown that would result,” he wrote about the Ugandan elections.

“This is what it has come down to. Unlike their counterparts in Ghana and Malawi ,  opposition leaders in authoritarian states such as Tanzania, Guinea, Uganda, Cameroon, Zambia, Togo and Zimbabwe are not able to focus solely on the task of defeating entrenched ruling parties at the ballot box. Instead, they have to invest scarce time and energy in evading physical attacks and arbitrary imprisonment on trumped up charges – including treason – that could see them locked up in prison with limited or no protection against Covid-19.”

Museveni, a close friend of the late former president Robert Mugabe who was ousted in a military coup in 2017, seems to have learnt a lot from Zimbabwe’s late long-time ruler since his takeover of power in 1986 from Milton Obote even though he himself is schooled in violence, having come in through a military campaign.

Like Mugabe would do, Museveni went for broke, silencing dissenting voices, particularly his rival Wine, an influential young musician who sought to capitalise on the generational disconnect between the incumbent and 80% of the youthful population. Zimbabwe also has a huge young voting population.

Museveni responded to Wine’s rising popularity and influence among the youth by unleashing his brutal state machinery on him before, during and after the elections. Interference by the country’s securocrats and a compromised electoral commission conjured memories of how the Zimbabwean electoral system and state apparatchiks behaved, first under Mugabe and now under President Emmerson Mnangagwa.

Stephen Chan, professor of world of politics at the University of London, says Zimbabwe and Uganda share a lot in common in relation to politics and elections.

“Neither Uganda nor Zimbabwe have long records of clean elections. In the past, incumbent governments have sought to make them seem plausible, but the steps taken in Uganda: internet blackouts, hounding of the opposition leaders and the killings of opposition supporters, have made even the African observer groups dubious about the existence of fair process,” Chan said.

“In short, ‘getting away with it’ in the past seems to be leading to ‘steps too far’. Elections are held primarily to give the impression of a plural and democratic society and in Uganda and Zimbabwe there is no true commitment to plurality and democracy. The polls are shows of validation of the government, but that show is turning into a charade. So, even though the African Union endorsed the results of the Uganda elections, it has been less than fulsome in endorsing some of the critical processes.”

As part of the incumbents’ strategy to subvert the will of the voters, the two regimes have mastered the art of conflating party and state to an extent that observers cannot separate the two entities. Use of the security forces to clampdown on any opposition challenge was rife during the Ugandan elections. Wine was assaulted while his supporters were killed.

The ruthless tactics of using state machinery to intimidate and cow opposition leaders, who are routinely attacked, jailed or abducted, have been perfected in the two countries, leaving a dent on the reputation of the incumbents and elections.

Well-documented post-election violence in Zimbabwe since 1980 reflect the country’s authoritarian nature and why it has been a disastrous failure.

True to the realist dictum “the end justifies the means”, electoral processes in both countries have been designed to entrench the incumbent’s power at the expense of millions of voters.

Although opposition figures in authoritarian states may not produce evidence of vote-rigging, the polarised political environments created by the state and judicial capture always help the incumbents.

Harare-based political analyst Ibbo Mandaza said the power of incumbency has often been used to steal the people’s vote and undermine political transitions.

“The power of incumbency and the role of the military have played out in both elections. But this shows the vulnerability of the systems, they are fragile and will not hold on longer,” Mandaza said.

While other countries like South Africa, Botswana and Namibia have consistently held credible elections, Uganda and Zimbabwe’s polls, and indeed many other African countries, are usually marred by violence and allegations of rigging.

The Zimbabwean script of disputed polls recently played out with unsettling familiarity in Uganda, with Wine mounting campaigning under fire, being attacked and rejecting the outcome before threatening to file a court petition.

That is how elections usually pan out in Zimbabwe. Although observers would be anticipating the overturning of the election in the mould of the Malawian Constitutional Court ruling that set aside Peter Mutharika’s disputed victory after overwhelming evidence of vote-rigging surfaced, the conflation of the state and the ruling party in Uganda, as well as judicial capture, as in Zimbabwe, leave Museveni in the driving seat.

Now under house arrest since Friday when he alleged massive vote-rigging after Ugandans went to vote under the dark cloud of an internet blackout, Wine is being accused of being as a tool of the West. Incumbents in Africa often label opposition leaders “puppets” of the West when their stranglehold on power is threatened to justify attacking them and stealing elections.

In Zimbabwe, the MDC Alliance has always come under a barrage of attacks for constantly standing against the Zanu PF regime. The opposition, always accused of being a puppet of the West, has been violently attacked, brutalised and demonised. Despite evidence that the post-election violence is often perpetrated by the state, the African Union has repeatedly endorsed such polls, even when the brutality on unarmed civilians is unleashed in the full glare of international media like in Zimbabwe on 1 August 2018.

Described as a textbook case of tampering with the internet to achieve a political goal by a British think-tank, Museveni’s conduct as an elderly statesman in Africa has fuelled conversations on the need for younger and forward-looking leaders.

Wole Soyinka, a Nobel literature laureate, says if Wine had won that could have sparked a revolution across Africa where countries may start demanding youthful leaders.

However, Uganda’s poll results mean the continent must wait a little longer. Similarly, youthful politicians like Zimbabwe’s Nelson Chamisa, who claims to have won the 2018 poll, garnering more than two million votes, would find comfort in numbers.

However, Chamisa should draw lessons in bravery and support mobilisation from the Ugandan polls.

Wine exhibited resilience in the face of a ruthless regime seeking to suffocate him.

“The MDC should learn to be proactive than just reactive,” Mandaza said.

It also said it was deeply concerned about the rise of electoral authoritarianism and elections without democracy in countries like Tanzania, Uganda and Zimbabwe where dictatorial leaders are more motivated by authoritarian consolidation, not democratisation.

“In these countries, elections have been punctuated by weaponisation of the law, abuse of state resources and institutions, violence, intimidation and outright rigging, among a menu of electoral manipulation,” the MDC Alliance said in a statement on Uganda, pointing out Wine’s siege and the killings of opposition supporters.

Of blood that cries out from within Zimbabwe’s earth