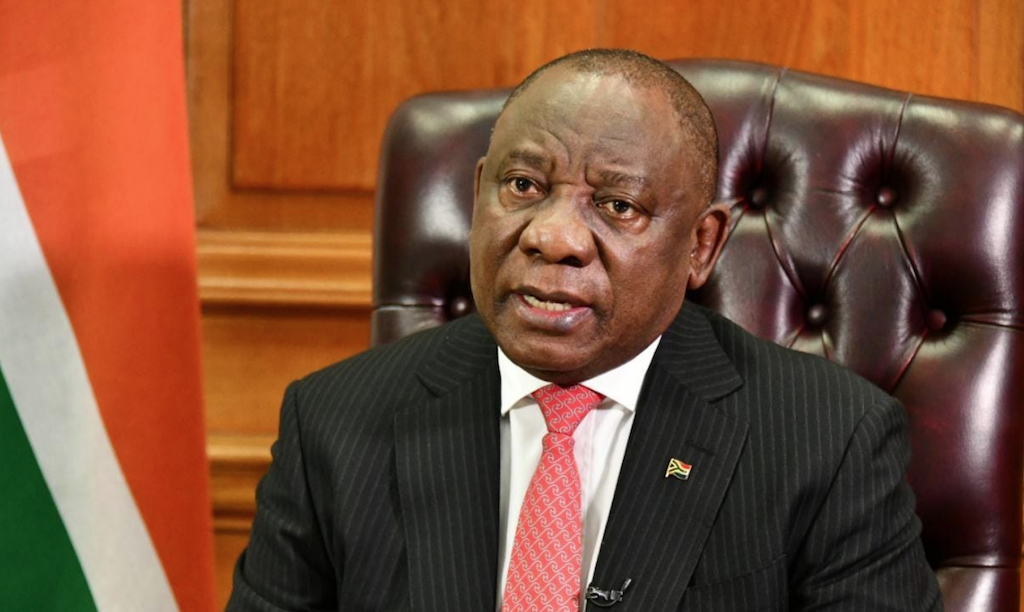 AFRICA is capable of manufacturing safe and effective vaccines – it just needs the support to do so.
This was the abiding sentiment at the “High-level dialogue on manufacturing vaccines in Africa” that was led by South African President Cyril Ramaphosa and French President Emmanuel Macron, and hosted at the University of Pretoria’s (UP) flagship Future Africa institute and campus.
The event, which was broadcast online, was part of President Macron’s first state visit to South Africa. High on the agenda was the issue of equitable access to vaccines for poorer and emerging economies.
Minister of Higher Education, Science and Innovation Blade Nzimande was programme director, and the conversation was joined by German minister of Health Jens Spahn, members of the science and medical communities and of the diplomatic corps, as well as South African ministers and deputy ministers. In his opening remarks, UP vice-chancellor and principal Professor Tawana Kupe highlighted the need for Africa to have access to Covid-19 vaccines.
“To date, the World Health Organisation reports 3.4 million cases (and rising) of Covid-19 across the African continent, including 86 000 deaths,” he said. “The fact that the vaccine roll-out across the continent has been delayed due to a lack of resources is just another example of African lives being left at risk or on hold, while wealthier nations hit the reset button and move forward. It is true, though, that during this global health crisis, African universities came to the party, working with African governments and the private sector.”
Prof Quarraisha Abdool Karim, Co-director of the Centre for the Aids Programme of Research in South Africa, elaborated on Prof Kupe’s point, sharing with the audience that less than 2% of Africa’s population has been vaccinated. This is despite several vaccine trials being held on the continent.
“The Covid-19 pandemic has reminded us of our shared interdependence and our mutual vulnerability as human beings. So far, 28 million vaccine doses have been administered in Africa,” she said.
“Worryingly, eight countries have yet to receive their first Covid-19 vaccines and 22 countries have yet to reach 1% vaccine coverage. Despite six vaccines having been tested in countries in Africa, they have had to join the queue. But Africa is making progress in overcoming these impediments through Covax [Covid-19 Vaccines Global Access], access initiatives with vaccine companies and the African vaccine acquisition task team.”
In his address, President Macron reiterated his support for a more equitable vaccine programme, highlighting that vaccines are a public good.
“Poor countries and emerging countries are paying much more than rich countries [for vaccines]. We need to team up, as Europe and Africa, to say we need common pricing. We need transparency on the pricing, as this is the best way not to waste public money.”
The French president added that vaccines need to be made possible without restrictions. “Wherever intellectual property rights constitute a barrier to global access [to resources] in the fight against Covid-19, they should be lifted,” he said.
President Ramaphosa closed the seminar by highlighting the importance of Africa being allowed to determine its own fate.
“When I was in Paris [in May 2021] at the wonderful Summit on Financing African Economies that President Macron had organised, one of the things I heard was ‘we just want to focus on three countries on the continent: South Africa, Senegal and Rwanda’. It occurred to me then that this was flawed thinking because there are other countries that do have the capacity [to manufacture vaccines], which can gear up to a greater capacity in a short space of time. That prompted me to say that the countries of Europe or northern countries must not tell us what is good for us – they must listen to us, because we know what is good for us.”
He added that access to vaccines is Africa’s biggest challenge, with less than 1% of half of the continent’s population being fully vaccinated to date.
“Vaccines are flooding into upper-income countries but trickling into Africa,” President Ramaphosa said. “This is contrary to our aspirations to build a world founded on human rights for all. It also undermines the global effort to defeat this virus. We believe the TRIPS waiver is the most practical route to address Africa’s vaccine shortages in the short to medium term. We are also aware that resistance to the waiver proposal is coming from wealthier countries that have already secured more than 75% of available vaccines. We are saying we are at war; we are waging a global war and there’s only one enemy.— University of Pretoria.
Related Topics:
Up Next