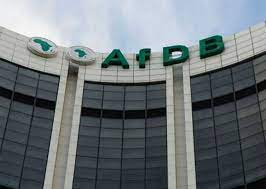 THE African Development Bank (AfDB) has thrown its weight in support of Zimbabwe’s debt and arrears clearance plan, as the country remains ineligible to access long-term concessionary loans from international financial institutions.

The debt-ridden Zimbabwean government is now pushing for fresh negotiations with its creditors to reduce interest on debt, as Treasury seeks to extricate the country from the debt burden, which has become an albatross.

Following several failed attempts to settle arrears with international financial institutions such as the World Bank, International Monetary Fund and the African Development Bank, which all enjoy preferred creditor status, Zimbabwe, which has been struggling to access long-term concessional capital, is considering a change in tack.

Official figures show that as at December, Zimbabwe’s total public and publicly guaranteed (PPG) debt stood at US$10.7 billion. This represents 72.6% of the country’s gross domestic product. PPG external debt owed to the multilateral creditors, as at the end of December 2020, amounted to US$2.68 billion, of which US$1.53 billion is owed to the World Bank Group, US$729 million to AfDB, US$356 million to the European Investment Bank and US$68 million to other multilateral creditors.

“The bank continues to work with the international monetary institutions and other development partners in supporting the government to meet conditions to clear Zimbabwe’s arrears, as we did in Sudan and Somalia, who are now back on lending,” she said at the launch of the AfDB Zimbabwe country brief.

“We appreciate the resumption of token payments to multilateral development banks and the Paris Club members. We are also working on the drafting of the roadmap on arrears clearance. The roadmap should be coordinated and I think it will be (achieved) with all stakeholders, to achieve intended results. One of the key objectives in our country brief is really to aggressively support the government in this arrears clearance agenda.”

“To this end, the government is committed to normalising relations with creditors to clear arrears and unlock such resources. In this regard, let me take this opportunity to inform you that we are now at an advanced stage in the formulation process of the Arrears Clearance Strategy which we will share in the future,” Ncube said.