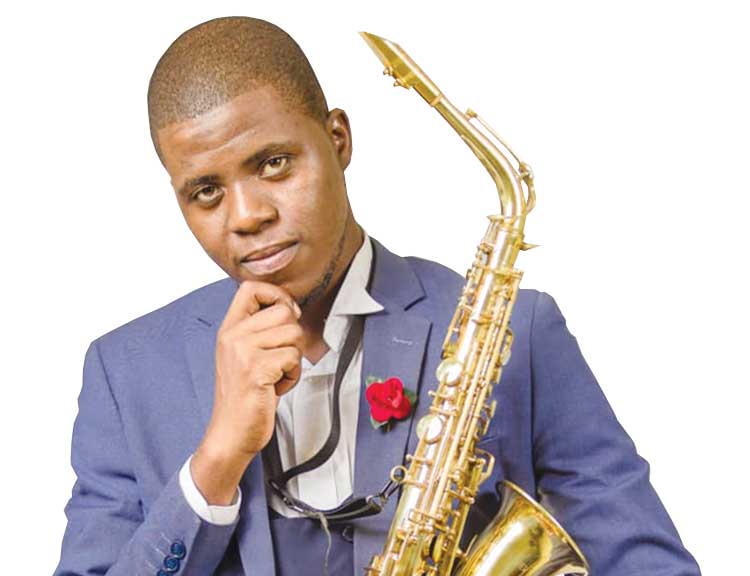 THE soul-stirring sound of gospel music shall never lose its redeeming power.

On a star-studded night on which several shone in the assembled constellation of singers, with the Messiah Choir and saxophonist Vuyile Qongo (pictured) rendering inspirational music for the parched soul. I know because I was there to witness the power of the gospel in song.

Keyboard extraordinaire, music producer and singer-songwriter Velaphi Gumbo suffered a stroke a few weeks ago, which saw his left side paralysed. The development was potentially life threatening, but God spared his life and this past Saturday night he surprised attendees by not only showing up as he has always done, but also singing like a sparrow alongside a number of invited musical acts.

A price to pay

The concert was part of ongoing efforts to help raise funds toward his medical bills, including physiotherapy. “Physiotherapy costs US$250 per week indeed and we struggle as a family to raise the amount,” said his wife Sifiso Gumbo.

Fortunately, Velaphi did not lose the use of his speech and singing voice and is slowly recovering use of his left hand. “When I took blood pressure on his left hand after the stroke, it registered, ” said Sifiso Gumbo, his wife, in an interview after the concert. “Now I have some feeling and the hand is feeling warm,” Gumbo himself chipped in. Speaking to him after the concert, VG, as he is popularly known in Christian circles, expressed hope. “God has surely been gracious to me, brother. I have my voice and will sing his praises. I am grateful to everyone for their prayers for me and help.”

Whereas the choral music of Messiah Choir and the jazz-inflected saxophone of Qongo rose to the occasion, Velaphi Gumbo is a music maestro bar none in terms of his keyboard playing and singing.

After Messiah Choir’s slot, the prayer session to close proceedings began. The announcer proclaimed what all of us on this night were feeling in our bosoms: we love you VG and wish you a speedy recovery.

I have worked with VG and have known of his gift and calling. He is irreplaceable and a bona fide national treasure. I am thankful God spared his life. He is still singing. It is his left side that needs to heal from the stroke. I know that night something happened to me that is very rare. I sat transfixed when the man, the reason for which many congregants, friends, well-wishers and overall music lovers had gathered, plaintively sang “Hlabelela” , a gospel standard. You had to have been there. It was the stuff of unadulterated evocative gospel music and tears rolled down several cheeks as the brother sang.

This performance here was the night’s opus. The occasion tonight has a beauty which was marked by the goodwill and contributions of the attending crowd. I realised from it all that the real currency of man’s life consists of his reputation among the lives of the people whose lives he has touched. VG has touched thousands throughout the southern African region and undoubtedly throughout the world with his musical ministry.

It takes a village

Aside from the many music lovers from across the denominational divide who came to support VG, the Family of God Church was gracious enough to allow the show to go on beyond the appointed time as we heard from the director of ceremony. Mgcini Nyoni also rendered his photography services among a number of gracious folk. Maranatha.

I have to make it clear here that despite being also visually challenged, VG has raised two fine boys who were busy on the night with various errands and has never gone to the public with a begging bowl.

A proud and brilliant man with several diplomas, he has sowed into the lives of many people across the Sadc region with his musical ministry. If you do not know about him, it is because you have perhaps been looking in the wrong places for inspirational music. Several albums down the line such as “Ngiyakholwa”, “Dabulamazwe” and “Ngithandiwe” being the latest, to name a few. VG has over 20 years’ experience in the music vocation and worked with highly notable musicians over the years and graced esteemed stages.

Well-wishers may use the following details to financially partner him on his recovery journey: