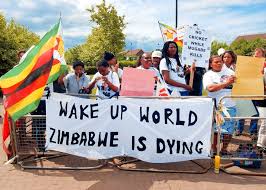 THE TAIL WAGGING THE DOG 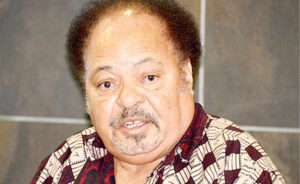 A FEW months ago, specifically on July 23, 2020, the SAPES Trust Policy Dialogue Forum on Zoom held a discussion on “South Africa’s policy towards Zimbabwe: case of the tail wagging the dog, indifference, incapacity, or harvesting on a neighbour’s economic woes?”

The wording of the topic was premised on both the historical reality that South Africa has always had enormous leverage on its neighbour across the Limpopo, and the lament by those concerned about the crisis in Zimbabwe that the regional powerhouse was not doing enough in its power to help stop the rot. Indeed, the overall conclusion in a debate that attracted hundreds on Zoom and thousands on Facebook and YouTube, was that South Africa was unlikely to do anything soon, with some asserting that indeed Zimbabwe was the tail wagging South Africa, with the latter less indifferent to the crisis north of the Limpopo, than more constrained by a combination of domestic priorities, internal ANC party dynamics, and a level of deference to the old swan song of solidarity among former liberation movements.

31 JULY: A FAILED EVENT THAT HAS SINCE BECOME THE EYE OF THE STORM AGAINST A STATE IN CRISIS

Therefore, we have to consider the factors that have, within weeks of that conclusion, suddenly turned the tables, as reflected in the following chronology of events:

July 31, 2020: The crackdown by the Zimbabwean state security system on opposition and civil society activists, thereby pre-empting the planned mass protest to mark the disputed elections on that date in 2018; but the arbitrary arrests (including those of Hopewell Chin’ono, Jacob Ngarivhume, Tsitsi Dangarembga and Fadzayi Mahere, and others), abductions (notably of Tawanda Muchehiwa (who was severely tortured following his abduction in Bulawayo on July 30) and other human rights abuses—all helped to portray a Zimbabwean state in crisis, unnerved and desperate to pre-empt a situation which, in their own words, might have meant the “overthrow of a legitimate and constitutional government” on July 31, 2020.

August 6: President Cyril Ramaphosa announces the deployment of three envoys who arrive in Harare on August 9, but whose visit is unceremoniously curtailed in its scope by the host government in denial about a crisis in Zimbabwe, and, therefore, refuses to have the South African envoys meet the opposition and civil society groups. Nevertheless, it is a historic visit because, in retrospect, it has since emboldened South African, from its two decades of “quiet diplomacy”, to an interventionist stance not seen before in South African-Zimbabwean relations since 1994.

August 9: The African Union, United Nations and European Union, and other Western diplomatic missions represented in Zimbabwe, raise alarm at the crisis in Zimbabwe, the human rights abuses and arbitrary arrests.

September 9: The arrival of a six-member ANC delegation in Zimbabwe, exactly a month after the visit of the South African envoys on August 9, and on the heels of a decision by the ANC’s Nationals Executive Committee, that it was now overdue to take head-on their Zanu PF counterparts across the Limpopo. Whatever the divergent interpretations of the content of the meeting between the two former liberation movements, the following can be gleaned, from both the various accounts on the part of the many observers to what was a spectacle in which the Zimbabweans were mostly on the receiving end at the hands of their South African guests, and the readings between the lines of the statements emanating from Harare and Pretoria:

THE COMBINED ROLE OF THE ELECTRONIC, PRINT AND SOCIAL MEDIA IN HIGHLIGHTING THE CRISIS IN ZIMBABWE, PROFILING THE ARBITRARY ARRESTS, ABDUCTIONS, TORTURE AND HUMAN RIGHTS ABUSES.

This, no doubt has been the main factor in shocking and jolting the South African establishment into action on Zimbabwe. The South African Broadcasting Corporation in particular, and Sophie Mokoena and Peter Ndoro therein, has been at the cutting edge of a campaign that has also earned it the ire and wrath of the authorities in Harare; but so have the ENCA, Newzroom Afrika, the Daily Maverick, ZimLive and such key commentators as Dumisani Muleya, Alex Magaisa, Jonathan Moyo, etc some of whom are launching today, The NewHawks. Not to forget the SAPES Trust Policy Dialogue Forum which has placed the crisis in Zimbabwe in focus through a series that has attracted hundreds on Zoom and thousands on Facebook and YouTube; devoted as it is to the pursuit of a sustainable solution to the political and economic crisis in Zimbabwe.

Apart from the Policy Dialogue on July 23, reference to which have been made, there was also one on August 6, “What will it take to reach a settlement in Zimbabwe?”, fielding as it did such thought leaders as Todd Moss from the United States, Stephen Chan from the United Kingdom, Greg Mills from South Africa, Muleya Mwananyanda and Tiseke Kasambala from the region, and Tendai Biti from home.

By design, we had departments in South Africa, including ministers and key policymakers, tuning in to the Sapes Trust Policy Dialogue Forum Series on Zoom, followed by organised follow-ups and interactions, to this day. As the horizons and reach of such social media has become, it is not surprising that the Zimbabwe story has resonated with the key capitals across the globe, including the UK where, on September 2, 2020, The Times of London published its views on Zimbabwe, under the title, “Rogue Regime“, a major landmark in the narrative that has been the former colonial power, allegedly the mistress behind the coup of November, 2017, gradually turning its back on Mnangagwa, following the disputed election on July 31, 2018, the August 1, 2018 massacre of innocent civilians, the abductions and gross human rights abuses; on top of an economy in free fall, in the hands of a government almost fatally incapable of both political and economic reform.

Therefore, it has to be acknowledged that South Africa is in effect the “senior” factor in terms of its relations with Zimbabwe, as evidenced by its defence (through Thabo Mbeki) of Zanu PF in both the 2002 and 2008 elections in which Mugabe should have seen the exit door; and, likewise, in standing by Zimbabwe when the latter was threatened with the UN Security Council censure in 2008 and, possibly, even averting the military intervention which the UK (through Tony Blair) had reportedly  contemplated around that time. And what about South Africa’s complicity in the November 2017 coup, sanctuary for an Emmerson Mnangagwa on the run during that period, and the blessing without which the post-coup period could have been more tenuous if not untenable?

The strident assertions by both Zanu PF spokesperson Patrick Chinamasa and  presidential spokesperson George Charamba, to the effect that South Africa has neither “mediatory”, “interventionist” nor “Big Brother” role in Zimbabwe, reflects not only gross amnesia about this recent past in which the neighbour to the south had expediently turned a blind eye to the excesses north of the Limpopo; and crass ignorance of the reality of Zimbabwe’s position in international relations generally, and with respect to South Africa in particular.

And how does one, especially a former minister of finance such as Patrick Chinamasa, claim that South Africa has “never given Zimbabwe a cent” in support when, apart from the fact that there are three million or more of your citizens across the Limpopo, mostly as political and economic “exiles”, who nevertheless contribute remittances without which those in Zimbabwe could be worse off; and that the country’s economic lifeline is dependent on the neighbour south of the Limpopo.

Even Ian Smith understood that historical and economic fact. And, what if, as is not too farfetched to place it in the realm of possibility, Ramaphosa resorts to similar actions as those employed by Vorster during the Rhodesian days? It is a reality that should temper also the pious comments about a Zimbabwe completely capable of resolving its own problems without regional and international facilitation, as has been the history of Zimbabwe over the last five decades or more.

Equally important in this regard is the recognition of South Africa’s position as a “sub-imperial” power in southern Africa, particularly during the Cold War that ended in 1991, but also since 1994, with both George Bush and Blair “anointing” Mbeki in 2005, as the “regional prefect” through whom the US and UK would keep Mugabe in check. Within the realm of diplomacy and international relations, this has meant a level of deference to South Africa—often conflated thereby with the Southern African Development Community as a bloc, on the part of the Western factors (including the EU); and at other times, especially with respect to the crisis in Zimbabwe, subtle pressure,  albeit diplomatically, through their missions in Pretoria, towards a more assertive and interventionist stance against Harare. So, there is no guessing required to realise the amount of wind behind the South African sails as she engages and intervenes in Zimbabwe in the weeks and months ahead.

South Africa’s change of stance from “quiet diplomacy”, to engagement and intervention in Zimbabwe has been occasioned mainly by the growing political and economic crisis afflicting its neighbour north of the Limpopo. Over the weeks since July 31 these are the immediate factors behind the apparent change in policy on the part of South Africa: the combined role of the electronic, print and social media in highlighting the crisis in Zimbabwe; the growing consensus within South Africa itself, across party lines and in concert with civic, church and other pressure groups, that there is need to confront the reality north of the Limpopo; and, of course, the danger that, with the re-opening of the borders after the Covid-19 lockdown, there could be a flood of thousands more to the millions of Zimbabweans already in South Africa, if nothing is done about finding a sustainable political solution and the beginning of economic recovery in Zimbabwe.

However, it is evident that the South African government does not have a clear idea, beyond engaging their counterparts on the crisis, about what could be the appropriate solution for Zimbabwe: another Government of National Unity (GNU) or a modified GNU/transitional arrangement, in addition to the possibility of an economic programme designed to attract investment for industrial and manufacturing industries through which to retain and employ Zimbabweans at home. Therefore, it is critical that civil society in Zimbabwe generally, together with opposition political parties, develop a consensus around the five basic points which the National Convergence Platform (NCP) has proposed and submitted to the South Africans, in anticipation of their third visit to Zimbabwe, namely the Comprehensive National Settlement, with the addition of the following:

The weeks and months ahead are going to be crucial; Zimbabweans at home and in the Diaspora must respond requisitely in a process the outcome of which has to ensure a sustainable resolution of the crisis in Zimbabwe.