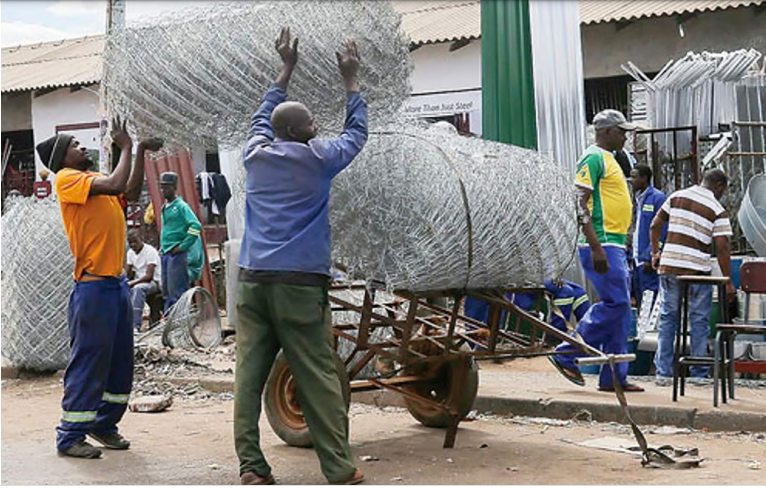 ZIMBABWE could be losing millions of United States dollars in tax revenue after it emerged that 70% of micro, small and medium enterprises (MSMEs) do no keep accounting records, a new study has shown.

Despite having one of the biggest informal sectors in the region, Zimbabwe’s informal sector is largely resulting in tax avoidance or evasion which has prejudiced Treasury of funds to finance capital projects and social spending.

The central bank says at least US$2 billion is circulating outside the country’s formal banking system, as yesteryear memories of hyperinflation continue to haunt depositors, more than a decade after the central bank raided foreign currency accounts at the height of economic implosion.

According to the Finscope Survey on MSMEs, while informal businesses are recognised as a significant contributor to economic growth and development and mass employment, more reforms are required to improve transparency of the sector.

This survey was financed by the Zimbabwe Reconstruction Fund (Zimref) which is administered by the World Bank. Zimref’s development partners include Canada, the European Union, Foreign Commonwealth and Development Office (UK), Norway, Sweden, Switzerland and the World Bank’s State and Peacebuilding Fund.

The FinScope MSME Survey Zimbabwe 2022 was conducted with a sample of 3 265 adult business owners who were selected at the enumeration area level across the country.

“About 71% of small businesses do not keep business documents such as accounting records, business plans among others,” the survey shows.

“The proportion of start-ups has decreased in 2022 as we see a higher proportion of MSMEs in the mature phase of the business lifecycle. The businesses in the growth and established phases remain stable between 2012 and 2022.”

Using geospatial modelling, the distribution of MSMEs is concentrated in the central business districts in towns, mainly Harare, Bulawayo and Mutare. Other areas indicate commercial activity close to border posts, or along the Great Dyke.

The survey shows that 3 344 261 people work in the sector (this number includes 1 334 200 individual entrepreneurs and 305 607 other business owners with 1 704 454 employees). The proportion of female business owners, the survey revealed, tend to decline as the firm grows in the business lifecycle, indicating that there are more female owners in start-up phase, 69% versus 56% in the mature phase.

“Looking at gender, a higher proportion of female business owners reside in rural areas (72%) compared to males (69%). With the exception of the midlands province (45%), most provinces have a higher female proportion of 2 females to one male, on average,” the survey shows.

“Business size by province reveals that Matabeleland North (94%), Mashonaland Central (89%), Harare (87%) and Mashonaland West (86%) have the highest proportion of individual entrepreneurs while Matabeleland South (63%) has the lowest proportion of individual entrepreneurs.” The survey also shows that agriculture/farming sector has the highest proportion of its businesses in the mature phase. “This may explain the high profit margins as experience helps in developing skills, creating stable value chains and building cost efficiencies,” reads the survey.