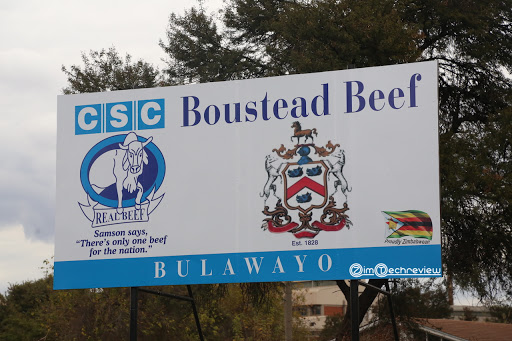 A SUBSIDIARY of the Cold Storage Company (CSC)’s United Kingdom-based investor, Boustead Beef Limited, has applied for a licence to construct a solar power plant at the company’s premises in Bulawayo’s Belmont industrial zone.

“The issue of carbon tracing is very crucial in terms of export of agricultural products, and given the climate change thrust that all economies have taken, we need to have carbon tracing of the beef that we are exporting,” Boustead Beef consultant Reginald Shoko said in an interview on Tuesday.

A “carbon credit” is a tradable certificate, or a permit that gives the holder the right to emit, over a certain period, carbon dioxide or other greenhouse gases.

Carbon credits were created as an answer to the need for controlling emissions, and as an attempt to reduce greenhouse and harmful gases coming from industrial activity.

“About 50% of the effects of climate change from agriculture actually come from cattle ranching, which means we are one of the biggest polluters of the climate. We need to find a way of contributing in the climate change management going forward hence the idea of putting up a clean energy source,” Shoko added.

In a notice, the Zimbabwe Energy Regulatory Authority (Zera) set 9 September as the deadline for submitting objections to an application by Boustead Solar (Private) Limited to construct a 23.5 megewatt solar power plant at the CSC.

“The power plant intends selling the power generated to ZETDC (Zimbabwe Electricity Transmission and Distribution Company). The project will be connected to the grip through construction of a 0.5kilometre single wold 132kV line from the proposed power plant and the London Road 88kV substation,” the notice reads in part.
Of the envisaged 23MW, Shoko said the CSC only needs an estimated 5MW, adding Boustead Beef intends turning all underutilised CSC land into solar farms to feed into the national grid.

“We also have to contribute towards energy sustainability of the country, utilising excess land that we have around the Bulawayo abattoir and beyond. The plan is to utilise all land that is no longer usable for purposes that were generally used by CSC in terms of offices, abattoirs and produce a total of 200MW,” Shoko claimed.

Boustead Beef joins other independent power producers that have been given licences to generate electricity across the country. However, very few have implemented the projects, with controversial businessman Wicknell Chivayo’s company Intratek Zimbabwe being one of them.

Chivayo was awarded a US$183 million Gwanda Solar Project tender, but there has been little movement on the project. The Gwanda solar project has been the subject of court battles after Intratrek Zimbabwe failed to deliver within agreed timelines.

In 2019, the government entered into a partnership agreement with Boustead Limited, to revive the CSC. The investor promised to inject about US$130m into the CSC over five years for the purpose of reviving operations, refurbishing the industrial assets, ranches, feedlots and residential properties.

In December, the government moved to avert the liquidation of the CSC by placing it under a corporate rescue plan in terms of the Insolvency Act, while ostensibly facilitating its revival.