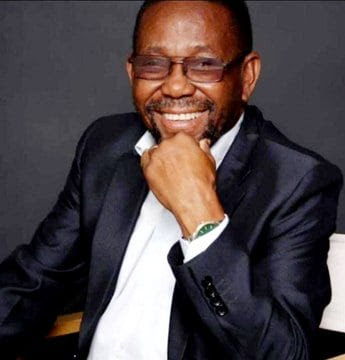 SAMUEL or simply Sam Mkhithika  who died in Bulawayo on Saturday belongs to a almost disappearing  generation that  graced  the studios of Radio Mthwakazi  of the then Rhodesia Broadcasting Corporation (RBC) African Service now ZBC Radio Zimbabwe  at Montrose Studios in Bulawayo.

Radio Mthwakazi  the once very popular Ndebele language pre-Independence  regional station targeting audiences in and around Bulawayo had been launched in 1975 largely at the request of some prominent Ndebele chiefs including Khayisa Ndiweni of Ntabazinduna Manxeleni , Vezi Maduna of Godlwayo Filabusi and Simon Sigola of Esiphezini who felt that the national channel  located at Harare(now Mbare) was not adequately covering their region from the far away capital Salisbury now Harare.

Recruited  in the late 1970s by Amon Nyamambi  who steered the wheels of the FM only  radio station famously remembered for the drama series Sakhele Zinini  (We are one) Mkhithika, who hailed from Lower Gweru in the Midlands province has now followed over a dozen departed  Eqaqeni lweMontrose (Montrose Hill)  station pioneers  who include Christopher Sibanda,Leonard Masiye, Orna Maphosa, Maplot Jubane, Bothwell Bethule ,Thandiwe Khumalo and ,Vumindaba Moyo  to mention but a few.

Come Uhuru in 1980 with the victory of Prime Minister Robert Mugabe’s  ZANU party but  with dismal losses to its Patriotic Front  liberation war partner  ZAPU  in  Matebeleland provinces, Radio Mthwakazi was quickly shut down and its programmes intergrated into the Harare studio schedule with most personnel transferred to Mbare to work on Radio 2, the  renamed former RBC  African Service, now  called Radio Zimbabwe.

The sudden turn of events was met with  general  shock, resistance and  even resignations by some of those destined for the exodus to the capital often quietly  said they smelt political and ethnic shenanigans.

However, Sam was unaffected as he remained in Bulawayo to do mainly prepackaged of  Ndebele cultural, children, rural development programmes as well as coverage of special events. The Cyrene Mission  educated fluent Ndebele,English and average Shona  speaker  also contributed some programmes like Morning Mirror to Radio One the former national  English language general service. Later, he was promoted to be Chief Producer  overseeing all radio personnel based in Bulawayo with their mother stations based in Harare. He left ZBC at the level of station manager in the  mid 2000s.

Many former colleagues showered praise on Mkhithika’s contribution to their professional relationship, growth and friendship.

“Sad news indeed. Sam was my friend from 1980 to this day. He was assisting me with information on my book “Let Truth Be told”, my experience in broadcasting. He taught me to open the station in the morning at Radio Mthwakazi,including operating the radio desk. Yes, you were a fine soul Sam.It was a privilege knowing you Sabhojane SikaBhoqo” lamented Victor Mhizha Murira the first post Independent head of Radio 2 who joined ZBC  straight from ruling Voice of Zimbabwe under ZANU/ZANLA’s  Publicity and Information department in Maputo, Mozambique.

Said Sam’s recruiter at Radio Mthwakazi Amon Nyamambi  “One was  always self assured that Sam’s productions were of a high standard,not half baked. Sadly his calibre is getting closer to extinction.

“My student turned good friend. There isn’t enough space here for me to talk about Sam. I wish I had a way to turn back the hands of time”

Former popular Radio Two broadcaster of Ngisakhumbula fame Ezra Tshisa Sibanda one of the youngsters identified and trained by Mkhithika a member of the Guta raMwari religious sect was overwhelmed with revulsion.

“Dear God, why him? This is shattering and I’m in terrible pain. What distinguished Sam was the passion and conviction that he delivered every day not just behind the microphone but in every conversation that he had in the community and people he met during his colourful life”

I only worked directly with Mkhithika when I was appointed Controller Montrose Studios, Bulawayo between 1998 and 2002 followed by my exist from ZBC after over 27 years service. Together with Edson Tito Nyarambi (Programmes), Timothy Sameke (Engineering), Tapfuma Machakaire (News & Current Affairs) Sam was part of our senior leadership team. While he was a strict mentor he protected those he oversaw and supervised from unwarranted reprimands by senior management at their stations of origin.

When I established BES School of Journalism with entrepreneur  Obert Sibanda I frequently asked Mkhithika by his totem Bhoqo to stand in for me as Radio Production lecturer and general  diploma course coordinator whenever I was out of town. He did that with utmost diligence and capability as one of  the students directly enrolled by him, popular sports producer and presenter Sibongumusa Dhlodhlo remarked

“Generally we were worlds apart but the manbelieved in nurturing youths.Many in our BES class can testify how fatherly he was  and would take more time to make us understand”

The writer John Masuku a media consultant /trainer  is the director of Radio Voice of the People (VOP). He is former ZBC Controller Radio Services and Montrose Studios and co-founder of BES School of Journalism in Bulawayo.

State of the culture