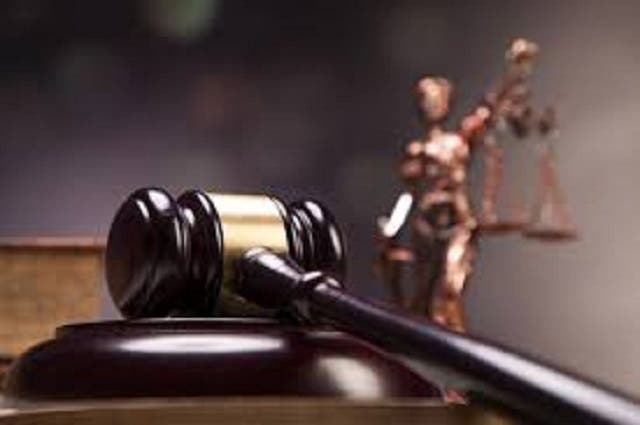 Voters had to choose between establishing self-government, joining the Union of South Africa or continuing under the British South Africa Company (BSAC). The BSAC had governed Southern Rhodesia since October 1889 when it was granted a mining exploration charter by the British government.

Its founder Cecil John Rhodes was given permission to explore the area north of the Transvaal with unlimited powers. In 1890 the BSAC founded the town of Salisbury (now Harare) and named the territory Rhodesia in honour of Rhodes. From 1890 the company operated as the government of Southern Rhodesia until 1923. In 1898 a governing body called the Legislative Council was established with members of the BSAC dominating the body.

In 1910, the Union of South Africa was formed, bringing together former Afrikaner Republics and the Cape Colony. South Africa was granted self-governing status as a colony within the larger British empire.

This resulted in the division of opinions for settlers in Southern Rhodesia. As early as 1914 the Legislative Council considered the question on whether it was prudent for the BSAC to continue as governing body of the colony, or should the colony join the Union of South Africa.

This was postponed as a result of the outbreak of the First World War. After the elections in April 1920, there was strong push for the need to decide on whether Southern Rhodesia should become a British colony with self-governing status or merge with the union.

In May 1920, the Legislative Council pushed for resolution of the issue. A commission was established by the British government under the leadership of Earl Buxton. Some representatives from Southern Rhodesia visited Cape Town to consult the Jan Smuts-led government on terms which they could be admitted to the Union of South Africa.

Other representatives went to London to push for self-government and negotiate the terms. This culminated in a referendum on 27 October 1922 where the white settler minority overwhelmingly voted against merging with the union. In 1923 Southern Rhodesia became a crown colony with self-governing status limited to white settlers.

LAWRENCE Vambe, like other historians, says English-speaking Rhodesians’ hatred for Boers in South Africa in the aftermath of the Anglo-Boer War (1899-1902) decided the 1922 Rhodesian referendum, which was critical to the country’s future.

“Strange as it may seem, it was the race issue which was the deciding factor. I refer to the anti-Boer feeling that most English-speaking Rhodesians have always had, especially at this time,” Vambe writes.

He further argues Rhodesians would have gone with a union with the Cape and Natal Colonies which were British-dominated, adding: “In the impassioned arguments that the referendum caused, there was not much doubt that the Responsible Government Party understood the psychology of the white settlers. It understood that the memories of the Boer War were highly relevant to the choice before the country and that the majority of the white English-speaking Rhodesians, particularly the artisans and the lower and middle ranks of the civil servants, hated the Afrikaans language, the Afrikaans culture and the very idea of being dominated by the Boers.

“Skilfully, the Responsible Government Party played on these emotions and, in the event, the majority of the white voters opted for self-government under the aegis of the British Crown. If today the wheel has turned full circle and white Rhodesia is being mothered and fathered by South Africa, it is only because the fear of black domination has proved too great for it to do otherwise.”

He adds that the self-government attained by the whites in 1923 was to become the platform on which the Rhodesian Front party declared Unilateral Declaration of Independence (UDI) in 1965. He says the race to self-rule was the product of the fear of the African and the bitter memories of the 1896-97 uprisings.

Had it not been for this, the settlers would not have been as critical as they were of the BSAC administration. The settlers wanted to control the future of the Africans: “From now on, the fate of the Africans was not going to be decided by the cool judgment of the appointed representatives of the business-orientated Board of Directors of the British South Africa Company. It was to be placed in the hands of the white members of the country’s Legislative Assembly whose mandate came from the voters of the white artisans, shopkeepers, farmers and miners, whose horizons were entirely limited by their racial prejudices. Not many of them would have been able to hold their own even in South Africa, let alone in England. But in the view of the British government, these little men, with all their human inadequacies and twisted sense of their racial superiority, could be trusted with the future of the African people.”

Vambe adds the 1923 constitution on paper sounded plausible and respectable. It pledged equality and the vote could be exercised by anyone irrespective of race subject to meeting property and earnings qualifications.

He adds: “Some educated Africans were so pleased with it that they voted for self-government. Having the vote as stipulated by this constitution, they believed they would have first-class citizenship, which would in effect make them black Europeans. In this way, they hoped that they would be emancipated from their unfavourable tribal environment and obtain good jobs with good salaries, and a host of their privileges. In other words they were led to believe that Rhodes’ famous dictum of ‘equal rights for every civilised man’ was going to be implemented by white Rhodesia. Whatever suspicions and misgivings some of these Africans might have had, were minimised by the knowledge that the British Government retained in the constitution the final authority to approve or disapprove of any measure affecting black people.”

The trust in the British was misplaced. Vambe states: “Strange as it may seem, although up to now Britain had done nothing obvious to protect their interests, the Africans seemed to trust her implicitly. Having been brainwashed into belief in the might and justice of the British empire, they were prepared to believe that its parliament and government at Westminster would keep their pledges in the Rhodesian constitution. The only constitutional provisions about which they were disappointed were those relating to European liquor and firearms which were not to be supplied to Africans…Until the Morris Carter Land Commission reported its findings in 1925, many Africans thought that the 1923 constitution held out the chance of emancipation by peaceful, constitutional means.

“But these optimistic Africans were to be disillusioned. They were to learn that neither the British government nor the white settlers had any intention of keeping their promises and sticking to the spirit of the constitution. They were to experience the bitter reality of white-controlled form of government which could change the franchise system and make laws of discrimination without interference from the British Government.

“Too late the Africans discovered that in spite of what it said, the 1923 constitution had made Britain’s power in Southern Rhodesia non-existent and abandoned them entirely to the tender mercies of the local Europeans who both feared and despised them.”

Lowry records that some educated Africans who qualified for franchise had voted for responsible government in 1922 with the hope that equality would be attained and that they would become first-class citizens. They had miscalculated on the dangers of unfettered settler power.

Missionaries Arthur Shearly Cripps and John White of the Wesleyan Methodists had issued warnings about this, but they were ignored.

About the writer: Advocate Tererai Mafukidze is now a member of the Johannesburg Bar. He practises with Group One Sandown Chambers in Sandton, Johannesburg. His practice areas at the Bar are: general commercial law, competition law, human rights, administrative and constitutional law.