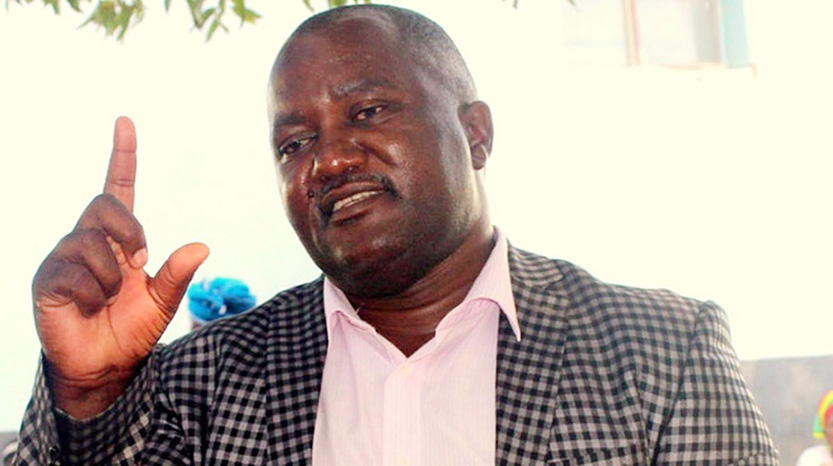 THE ministry of Lands, Agriculture, Fisheries and Rural Resettlement has transferred Chiredzi lands officer Honest Mapfumo to Harare in a move viewed as victimisation for his role in exposing corrupt land deals in the Lowveld sugarcane town.

MORRIS BISHI
Mapfumo is a key witness in a case in which the Zimbabwe Anti-Corruption Commission (Zacc) is investigating corrupt allocation of land including sugarcane plots in Chiredzi. The allocations were spearheaded by Masvingo minister of State Ezra Chadzamira (pictured) and acting provincial lands officer Tendai Mumera.

Last month, Vice-President Constantino Chiwenga ordered the scrapping of a land allocation schedule which would have benefitted over 40 people who were set to get sugarcane plots under the Kilimanjaro sugarcane project. He cited corruption and the sidelining of locals in the selection process.

Mapfumo’s re-assignment letter dated 19 May 2021 and signed by the ministry’s permanent secretary John Basera, stated he should report for work at the ministry’s head office on 31 May.

Basera cited administrative challenges on land management issues in Chiredzi as the major reason why he took the decision to re-assign him to Harare.

“The ministry has received reports concerning administrative challenges on your performance in Chiredzi district. In light of this development, l have decided that you be recalled from Chiredzi District office re-assigned to new duties at head office in Harare. You are therefore requested to assume duty in Harare with effect from 31 May 2021,” reads part of the letter.

Mapfumo told The NewsHawks that re-assignments within the ministry are normal, but it is unprocedural to be transferred on unproven allegations. He said he was never formally informed of any administrative challenge regarding his performance in Chiredzi district.

“Transfer is not a problem. But when they say the transfer was necessitated by administrative and performance challenges that’s where the problem is because these are mere allegations which have not been verified at all. It is unprocedural to act on unfounded allegations and falsehoods. It is not a correct government procedure to act on rumour and unproven allegations since l was never informed of any challenge during my performance of duty in Chiredzi,” said Mapfumo.

A top government official in Masvingo told The NewsHawks that following investigations by Zacc the corruption watchdog sought permission from President Emmerson Mnangagwa to arrest Chadzamira.
The official said Chadzamira was set to have discussions with Mnangagwa over the allegations, although he may not be arrested, given that he is one of his top allies.

“I am aware of Mapfumo’s transfer but this is victimisation. Remember, this guy is a state witness in the case in which Zacc is investigating how corrupt land allocation was taking place in Chiredzi. Mapfumo as a civil servant answered questions by Zacc without any favour,” said the senior government official.

The NewsHawks is in possession of a complaint letter written to Zacc on 21 January this year by a group of Chiredzi locals accusing Chadzamira and Mumera of abuse of office after the two delayed allocating them a piece of land in Hippo Valley North which they had identified and was approved by the late Lands minister Perrance Shiri.

The piece of land measuring 2385 hectares was later corruptly allocated to other people by Chadzamira and Mumera despite Shiri writing an approval letter authorising the province to give the land to those who identified it in June 2019.

They said the respective application was considered and granted by the minister, with specific instructions given to co-coordinating offices to cooperate in the completion of the process of land allocation.

“The under-listed individuals made an application for specific land to the acquiring authority, the Minister of Lands, Agriculture, Climate, Water and Rural Resettlement, sometime in June 2019, by way of a formal written letter. The specific area they applied for was in relation to a portion of Hippo Valley North dry land which was being used as paddocks 34, 40, 41, 42, 43 and 44,” reads part of the letter.

“However, deliberate delays in processing the allocation were experienced at the Provincial Lands office and the Provincial Affairs minister’s office, which stretched for nearly one-and-a-half years, with clear intent to disfavour the under-listed applicants, in contradiction to the acquiring authority’s directive, to the effect of finally allocating such land to non-applicants of their choice, in December 2020.”