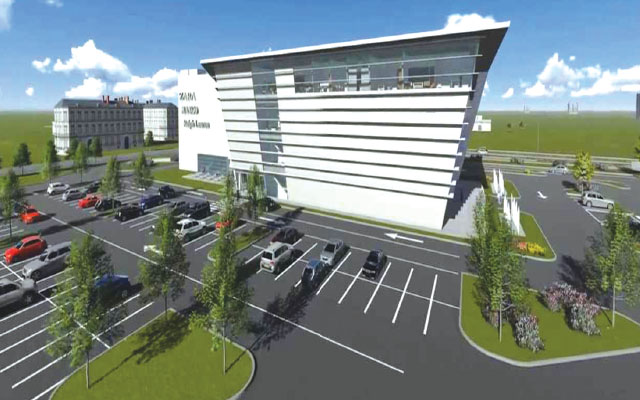 A legal showdown is looming between Bulawayo City Council (BCC) and the Affirmative Action Group (AAG) that is pushing for the cancellation of the US$60 million Egodini Mall construction tender awarded to a South African firm, citing a lack of progress in eight years.

The Egodini Mall project is on a build, operate and transfer (BOT) basis and would come at no cost to council. It is expected to feature a transport hub located on Basch Street, retail sections and parking bays upon completion.

As part of the re-design of the terminus to handle an estimated three million passengers per month, council will expand existing roads into the site and create dedicated pedestrian routes to increase traffic access.

However, only test holes drilled by geo-technical and hydrological teams were in place from January to October 2019 when earthworks were done.

AAG Matabeleland chief executive officer Denzel Sita said the black economic empowerment lobby group will not wait any longer and may pursue legal action to force the cancellation of the mall construction deal.

“We demand the council management and their partners to come out clean on what is really happening. The delays cannot continue and we feel it’s either (council) advertises the agreed implementation timeframes that reflect progress or the deal is cancelled,” Sita said on Friday.

“We do appreciate the difficulty of raising capital in the current environment but eight years has been too much. We will be left with no option but to approach the courts to rectify the problem. The council patience smacks of underhand dealings between some officials of Terracotta and council as alleged at the inception of the project.”

Bulawayo town clerk Christopher Dube however accused the AAG of needlessly raising alarm. He said construction of the mall is back on track.

“They are raising alarm, but as far as we know as council, construction has resumed and the first phase will be complete in August (2021) as there is a programme of work in action,” Dube claimed in a telephone interview on Wednesday.

The first phase of the project will include the construction of 1 100 informal traders’ stalls, a 100-bay taxi rank, security wall, security tower, motor retail, taxi association offices, public ablutions and a service lane.

The second phase includes the construction of the bus terminus building, fast-food shops and the grocery anchor.

The South African contractor said the civil engineering firm cannot be blamed for delays in the construction project.

“We lost a number of years due to administrative blunders. For example, we submitted our proposal in 2012 and the council took about a year to evaluate the tender,” said Terracotta director Thulani Moyo during a Bulawayo Progressive Residents Association (BPRA) radio programme last Saturday.

“We thought the BCC owned all the land adjacent to Egodini, which was not the case, and negotiations had to be done. We started earthworks in 2019, but we stopped in November.

“We could not proceed with other works because we did not have a development permit which we only got late last year after we volunteered to pay the consultancy fees to help consolidate the stands into one stand with the Surveyor-General’s office, something which according to the contract was something meant to be handled by the local authority.

“This was just our way of showing how committed we are in commencing this project.”

Border towns to get Covid-19 jab

Our hands are clean over dubious companies fleecing govt: Praz